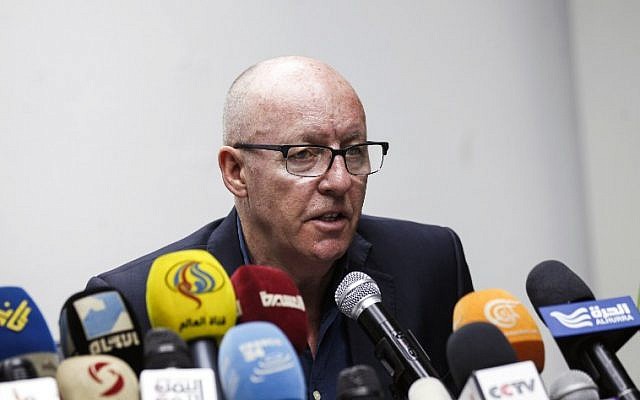 “There are 7 million people in this country who are living a hand to mouth existence, they don’t know where their food comes from; we in the humanitarian community are left to feed them because they have no means to feed themselves. And the blockade basically cuts off commercial and humanitarian supplies and therefore prices go up and more and more people can’t afford it.

The big issue right now is fuel. The fuel is not in this country because its blocked coming in from Hodeidah [Yemen’s main port]…And if we don’t get that fuel in, what will happen is that there will be a reemergence of the cholera which has already affected almost a million people right now. So if we don’t get that fuel in, if we don’t get that food in, then as time goes on and with the impact of all that’s happened over the last five days, and the increased militarisation that’s been going on here, I think more and more people will just fall into what’s called a tipping point and once you start tipping into that zone it’s very very hard to retrieve.

You’ve got 500,000 kids who are those skeletal pictures you seen on television, all over this whole country, and if we can’t get the foodstuffs and the other support to them then we’re going to have, regardless of what political solution emerges, if we don’t put the brakes on this wheel turning, we’ve got a real serious problem, and this country will not come back easily from this tragedy, and the children and the future generations will be taken by starvation, they’ll be taken by illnesses they shouldn’t be getting, and they’ll be taken by radicalisation because there’s no other option for them but to turn to some of these groups who are very much exploiting the vacuum in many parts of this country”