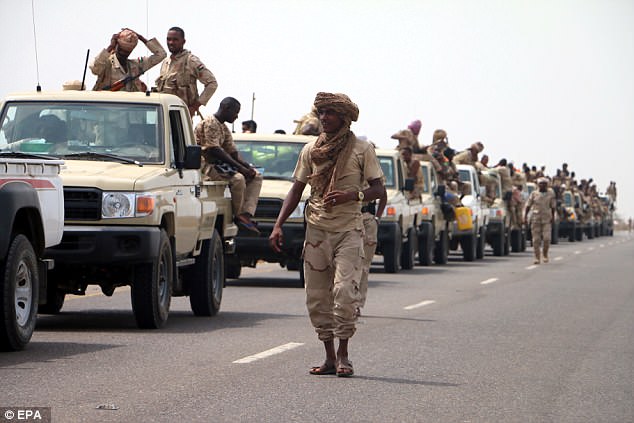 Yemeni forces backed by the Saudi-led coalition launched on Friday a “vast offensive” to take full control of the port city of Hodeidah, the internationally recognised government based in the southern city of Aden said.

The announcement came as the United Nations High Commissioner for Refugees (UNHCR) warned that many people remained trapped in the city by the fighting. It also said nearly half a million people have fled the area since June.

“A military operation has begun and the national army forces have advanced towards the north and the western sides of the city of Hodeidah, progressing on all fronts with the support of the Arab coalition,” the government said in a statement….

U.N. bodies have warned that an all-out attack on Hodeidah, an entry point for 80 percent of Yemen’s food imports and aid relief, could trigger famine in the impoverished state…

“While the number of those remaining in Hodeidah city is difficult to gauge, UNHCR is worried that people needing to flee for safety aren’t able to do so. They are trapped by military operations, which are increasingly confining populations and cutting off exit routes,” Mantoo said.

The UNHCR appealed to all sides to allow access to its warehouse stocked with emergency shelter and essential aid items that it said had been cut off by an active front line.