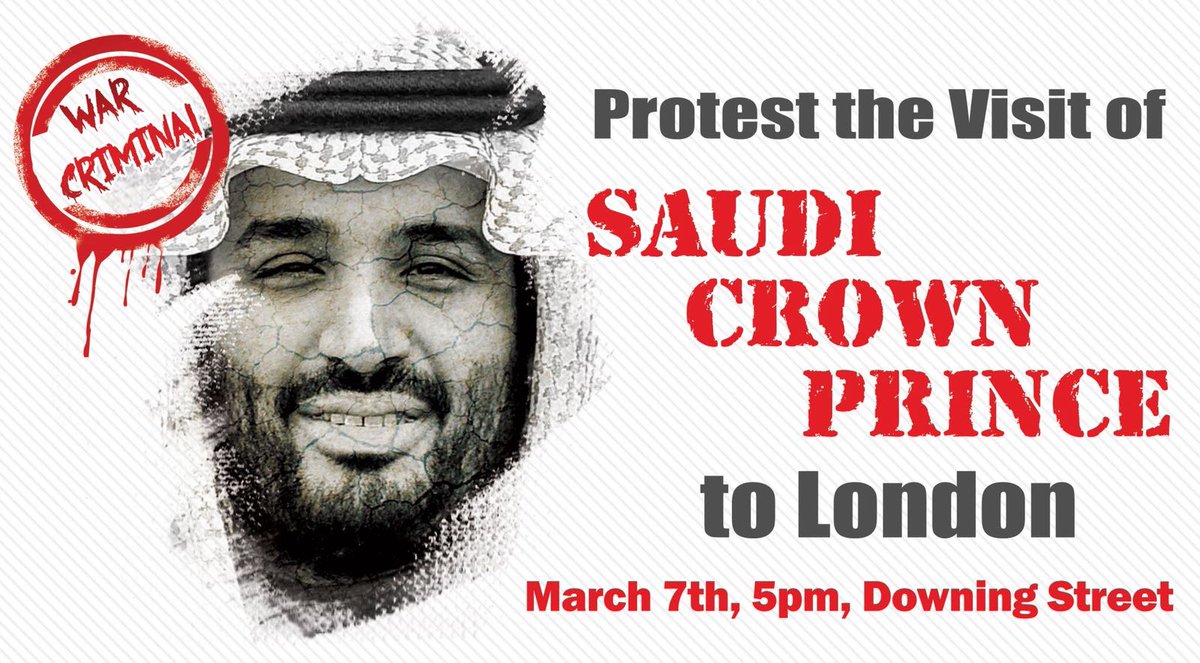 Theresa May has invited the Saudi Crown Prince Mohammad bin Salman to visit Britain on the 7th-9th March. Bin Salman is the second most senior member of the Saudi regime. He currently oversees the bombing of Yemen, which has caused what the UN has called “the worst humanitarian crisis in the world”. The Saudi regime has supported repression in Bahrain, imposed a blockade on Qatar, and detained the Lebanese Prime Minister.

Join us at Downing Street to tell May and bin Salman that he is not welcome in London!

Want to take action in the meantime?