At least eight women and two girls heading home from a wedding were killed in an air attack in west-central Yemen, a health official told Al Jazeera on Sunday.

The Saba news agency linked to the Houthi rebels also reported 10 women in a civilian convoy in the Hreib Karameesh district died in the air strike overnight, AFP reported. According to Saba, three Saudi-led coalition strikes hit the convoy as it was returning from the wedding party.

Mohammad al-Sheab, head of the health bureau in Marib, told Al Jazeera the victims were all from the Haysan family. He said the women were between 30 to 50 years old, without providing ages for the two girls. 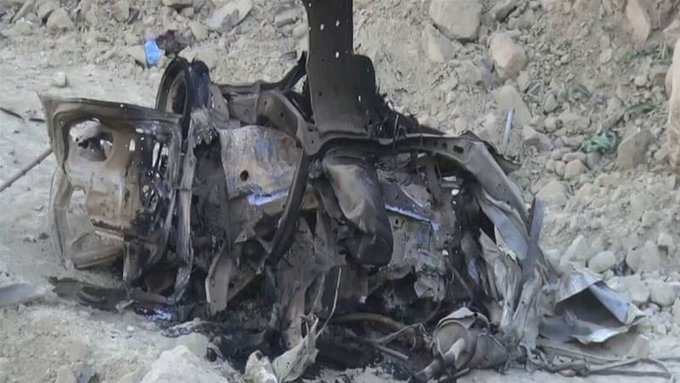 A Saudi-led coalition has been waging an air campaign against the Houthis since March 2015 in an attempt to shore up the internationally recognised government of Abd Rabbuh Mansour Hadi.

So far, the Saudi-led coalition has not commented on the alleged air attack, according to Al Jazeera.

Despite being mired in the war for more than two years, the coalition has so far failed to achieve its stated aims as Houthi rebels continue to hold Sanaa and control the country’s north.

More than 10,000 people have been killed in the conflict since the intervention in the impoverished Arabian Peninsula country, where more than 2,000 people have also died of cholera this year.

Humanitarian aid groups have urged all sides to show restraint, and the UN has listed Yemen as the world’s number one humanitarian crisis, with seven million people on the brink of famine.

On Sunday, the United Nations Office for the Coordination of Humanitarian Affairs said Yemen needed about $2.3bn in aid in 2017 but that “only 61 percent” had been met.