More than 300 incidents that could violate international law have been tracked by the Ministry of Defencein Yemen since the conflict began two years ago.

In the past year 66 “incidents of potential concern” have been recorded, according to Alistair Burt, Minister of State for the Foreign and Commonwealth office.

Speaking in the House of Commons in an emergency debate, Foreign Office Minister Alistair Burt admitted: “We have been tracking 318 incidents of potential concern since 2015, and this is used to inform the MOD’s advice to the Foreign and Commonwealth Office.”

He added that “sensitive information” provided by liaison officers is used by the Permanent Joint Headquarters and MOD officials when providing advice on Saudi-led coalition capability and when conducting analysis of incidents of potential concern which result from air operations in Yemen.

Andrew Smith of Campaign Against the Arms Trade (CAAT), an organisation which has taken the Government to court over its arms deals with Saudi Arabia, told The Independent: “That is 318 incidents too many. These aren’t just numbers on a spreadsheet, they are real attacks with real people being killed.

“The scale of the destruction that has been inflicted upon Yemen is appalling. After almost three years of pain, the situation is only getting worse. The Saudi regime has wagered a terrible bombardment: it has fuelled an awful cholera outbreak, and has created one of the worst humanitarian crises in the world. 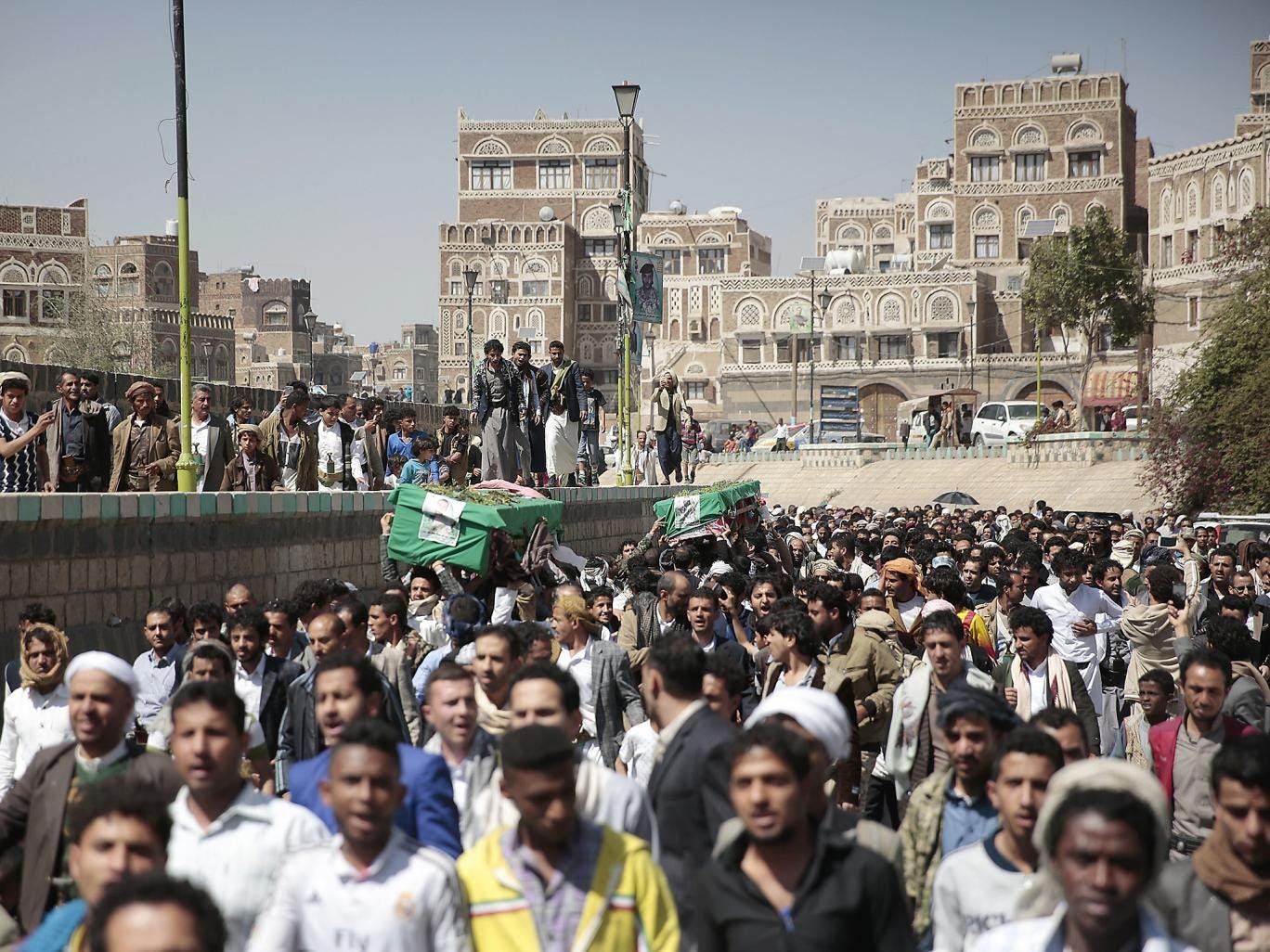 People carry the coffins of men, who were killed in the recent Saudi-led airstrikes during their funeral, in the Old City of Sanaa, Yemen AP

“History will look back on these atrocities as entirely preventable, and the UK Government’s role as entirely complicit. If human rights and democracy are to mean anything in Downing Street, then May and her colleagues must end the arms sales now.”

Mr Burt, who has responsibility for the Middle East, made his admission during a debate at the end of last month, but he insisted the continued sale of arms to the Saudis was lawful.

“We have a rigorous legal and parliamentary process, and ensuring that international humanitarian law is not breached is clearly a vital part of that. The information supplied by those liaison officers is crucial to ensuring that our international obligations are observed. That is why they are there.”

But the Scottish National Party’s Alison Thewliss told the House: “We lose a huge amount of credibility in this whole discussion, and we cannot be a broker for peace, while we are involved in arming a side in the conflict. We are complicit in what happens.

Ms Thewliss welcomed more than £2m of aid the UK Government has given to Yemen since 2015, but pointed out this was “dwarfed” by the £4.6 billion in arms sales.

Under UK law, weapons should not be exported “if there is a clear risk that the items might be used in the commission of a serious violation of international law.